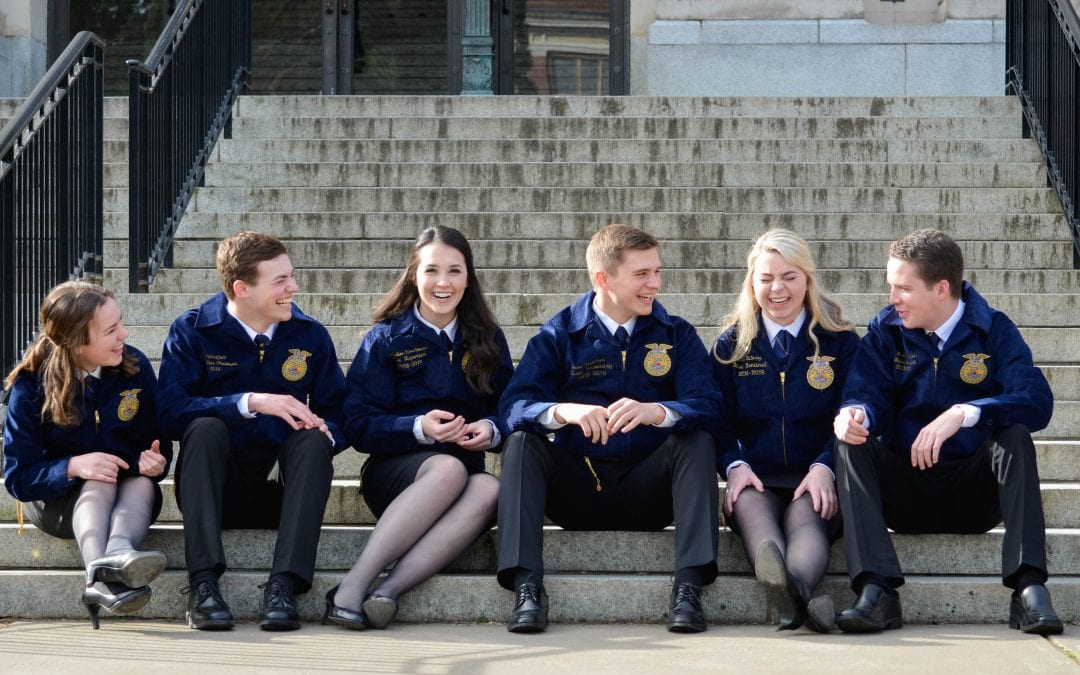 What do you see?

Take a look at these six items. 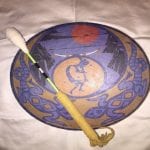 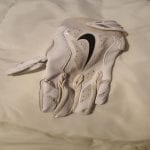 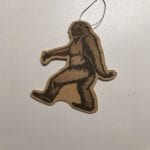 Without contexts, these random items appear relatively meaningless. But take a look at the stories connected with them:

Dylan’s plushie: Dylan has a rather large collection of Webkinz – 57 in total. Going to Alive & Well Shoppe every weekend to buy a new stuffed friend with his twin sister and dad was something to look forward to. These taught him responsibility by keeping his Online Webkinz happy and healthy, and showed him the meaning of loyalty and friendship.

Sundee’s flower: Sundee describes herself as a total flower person, she especially loves white daisies! She’s always loved daisies because they remind her of her favorite place, Kilgore, Idaho, a tiny town near the border of Montana and Idaho where they grew by the billions in beautiful meadows outlined with large pines and shadowed by breathtaking snow covered purple mountains. When she was little she spent much of her time up near Kilgore with her family while they worked and checked their cattle on a ranch. Many of her childhood memories took place there; fishing, branding and long car rides with her younger sister Sadey, and spending time with cousins, just to name a few. As she’s grown up, her days traveling Oregon have taken over the days she spent in Eastern Idaho. Nevertheless, she is often reminded of that special place, family, and memories that are dear to her heart when she sees white daisies.

Andrew’s Drum: Native American history has been deeply woven into Andrew’s childhood. This Drum was a birthday present from his father, who attends an antler exposition outside of Oregon to sell his deer and elk jewelry during Andrew’s birthday in May. For him, it represents love that his family has for him even when they aren’t present and the connectedness that can be felt during Native American drumming festivals and ceremonies. It also represents his belief that everyone walks to the beat of their own drum.

Mackenzie’s Craft Hand: For the past two years, Mackenzie has volunteered in a Special Education class. This was one craft she made with students. For her, each day is different, some are hard and some fun, but all days are rewarding as she follows her passion for helping disabled children. She explains that the hand reminds her of the students she has worked with and their potential. For her, the kids teach her much more than she thinks she teaches them, explaining that a child with special needs will inspire you to be a special kind of person.

Devin’s glove: Devin has played football for almost his whole life. This left handed football glove symbolizes not only Devin’s love for football, but one of his biggest setbacks. His senior season fell short due to a shoulder injury leading to surgery on his left shoulder. After his last fully healthy, winning football game, he was left only with his left glove. His love for football has been around forever, but this glove reminds him that there are bigger things in life than football.

Holly’s bigfoot: Holly has always had a passion for the outdoors that has been sparked by her father, Randy. When her dad started his research on Sasquatch, Holly was very curious about the subject. From the factual evidence, to stories and even expeditions, Holly has had her fair share of Bigfoot conversations. She enjoys the thought of something out there that we just haven’t quite found yet, and the light that she sees in her father’s eyes when he talks about his Sasquatch research.

Seeing a plastic flower, glove, or stuffed animal at a glance might not have much of an impact on somebody. In fact, we probably have all had interactions with extremely similar items at a sports store, shopping center, or toy retailer. But if we take a deeper look at one, suddenly those seemingly insignificant items now have a story, meaning, and person behind them.

A story that we can understand.

A meaning that we can relate to.

A person that we can connect with.

Right from the Start

One at a time, six individuals collapsed on an RV couch and were met by their parents, siblings, and advisors. But there was little time for celebration; we were soon met by a journalist who asked us a simple question:

“What inspired you to run for this leadership position?”

Although we come from different corners of the state and completely different backgrounds, there was a commonality: individuals saw potential within us, even when we didn’t see it in ourselves. They could See the One.

These individuals then took it one step further: they acted upon their vision of our potential. They took it upon themselves to be a leader and inspire greatness in us. They chose to Be the One.

It would be thought-over and processed more at the next week’s training, our team had the components of our mission statement decided within the first 30 minutes of election:

Two days later the team met at Oregon State University just before 10:00 am. The next four days would be filled with bonding, training, heartfelt advice, and a pile of handouts outlining the history, purpose, and structure of FFA. On Thursday, the team learned all about Oregon agriculture. The panel must have sensed our confusion at some point; Mr. Brian Field, President of Harvest Capital Company and Treasurer of the Oregon FFA Foundation said: “Be inquisitive”. He, along with Mike Coon, a fifth-generation farmer, and Jordyn Coon, a Marketing Communications Lead for Syngenta, encouraged our team to ask questions. During this discussion, Mackenzie made the comment:

“No agriculturalist wants to intentionally harm the land.”

Farmers and ranchers are stewards of the land. They care for it to the best of their ability and use cutting edge technology to efficiently produce agricultural products.

If our team can communicate effectively what agriculturalists do to provide food and fiber, then we can do our small part to bridge the information gap between farm to table.

Our second discussion was dedicated to learning about FFA Alumni. These individuals diligently support FFA, promote agricultural education, and do their part to ensure a bright future for generations to come. The FFA Alumni is an organization composed of both former FFA members and FFA supporters alike. The FFA Alumni earns funding, develops relationships in our communities, and spreads the word of agriculturalists today. During the discussion, Swede Salo, President of the Oregon FFA Alumni said: “We want to be behind the scenes”. The Alumni’s willingness to work without the expectation of attention is a true model of servant leadership.

The third panel discussion was where we were fed the information we needed to do our job as State Officers. We talked about how we act, how we dress, and how we talk. We were told that the panel facing us would be our biggest supporters, but also our biggest critics. Regardless of whether we are wearing a corduroy jacket or not, we were encouraged to model the expectations of the organization and uphold the values that they carry.

Throughout the training, we began to gather a perception of what our next year was going to look like. Leadership camps, scripts, speeches, meetings, tours, business and industry tours, and tons of workshops; all for the purpose of serving FFA members and advocating for agriculture. We also began to understand and connect with each other more, whether it be through a campus scavenger hunter, dying Easter Eggs, or having some facemask bonding time. This brings me to my next point:

All over the Map

Take a look at this map. 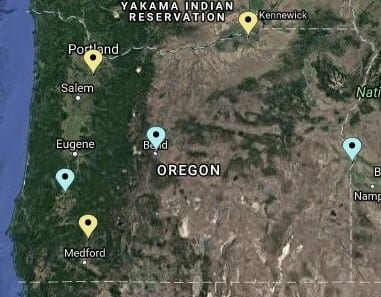 As you can see, the team is from all across the map. This gives us a broad range of perspectives when it comes to community, agriculture, and yes, climate. (Fun Fact: Sundee actually lives in a different time zone!)

However, that’s only the start of our diversities.

Devin: Devin has lived in Canby, Oregon his whole life on the same five acres. He lives just outside city limits with his small farm. On his farm he has goats, llamas, chickens, and ducks. All his life he has been surrounded by animals and agriculture. In his spare time Devin went to Canby high school and was involved in football, swimming, track, and 4-H.

Sundee: Sundee lived in Homedale, Idaho until she was six and then moved just across the state line to a very small and rural town called Adrian. Here her and her family own a feedlot, farm, and ranch beef cattle. Sundee spent many summers weeding onion and bean fields and spent her winters calving out the cows. She loves advocating for agriculture because she understands first hand how great of an industry it is. Some of Sundee’s hobbies include, teaching tap dance to young girls, showing cattle, fishing, boating, basketball, and volleyball.

Andrew: Andrew has lived his whole life surrounded by large pine trees in an unincorporated community named Trail. Although he doesn’t have a background in agricultural production, he has raised five market hogs and secured an unpaid internship at his local florist over the course of high school.

Holly: Holly has lived in the same house all her life in rural La Pine. She’s grown up with horses, is extremely involved in OHSET, and has been showing horses since she was six-years-old. On top of that, she’s also raised goats and rabbits.

Dylan: Dylan has lived in Hermiston his entire life. He had little knowledge of agriculture before he entered high school, and he joined FFA his Sophomore year of high school. Dylan has partaken in a variety of activities, from drama productions to outdoor club activities in his hometown.

Mackenzie: Living in Oakland since she was 4, Mackenzie has attended Sutherlin schools since kindergarten. Although she lives in a fairly rural area, she didn’t grow up with an agriculture background (although she does live across the street from a cow pasture).

Our diverse backgrounds are what makes this team strong. It is our differences that will ultimately contribute to a stable foundation for the next year. Each of us are unique and bring different skill to the table. Take a look at our strengths:

According to Breanna Holbert, National FFA President, “Comparison is the thief of that ability to serve and the ability to have/give joy to others. By taking ownership of what makes us who we are and to grow who we are, we must take ownership of our actions and remain grounded in the things that have developed our character.”

Recognizing our diverse skill set is essential to being an effective team. Over the next year, we will face situations that test our talents and skills. But if we utilize our diverse skills, we can accomplish our mission to the best of our ability.

See the One, Be the One.

Our team is incredibly excited for the next year, and we hope to have the opportunity to connect with all of you through this adventure.